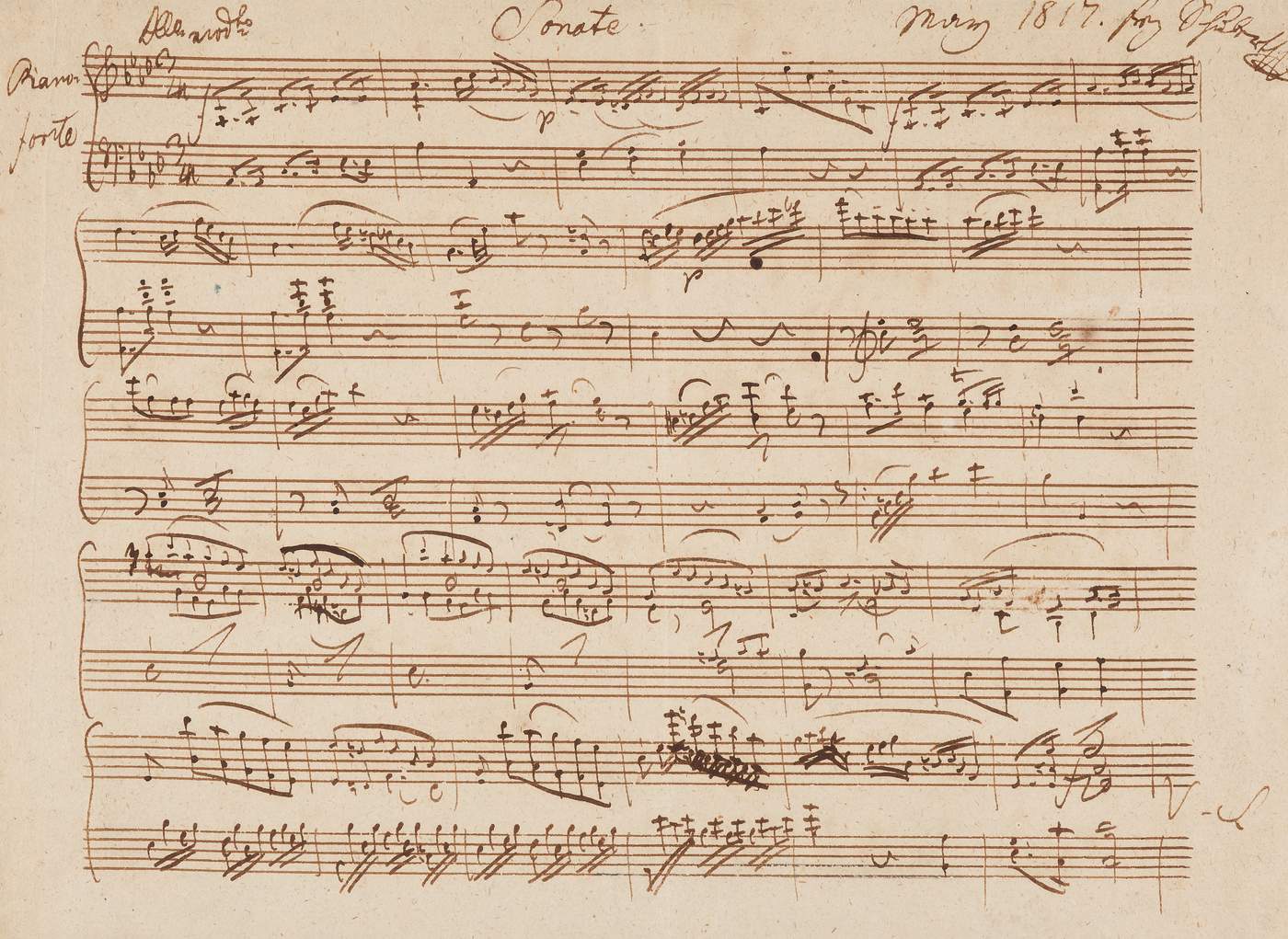 Thoughts on the Sonata Journey

As indicated in the program notes for Vadym Kholodenko’s April 29 concert at OSU’s LaSells Stewart Center, we will have heard six piano sonatas in two months—three from Garrick Ohlsson, three more from Kholodenko. What makes this category of music so compelling for our performers and audience alike?

I have come to believe that all of us inherently crave meaningful travel (literally and figuratively, in all “dimensions”). The sonata form (usually the structure of a sonata’s first movement) embodies journey. Musicologists have written many thousands of words analyzing the sonata’s evolution over the centuries, but even the basic facts illustrate this principle. In a nutshell, the form usually consists of three main sections defined by the various themes (melodies, or “tunes”) and their key (“home scale”) relationships. The first section, called the exposition, states the main theme in the tonic (home) key, then heads for a new key, usually the dominant (built on the fifth tone of the home scale) or the relative major, where a second, often contrasting theme appears. The exposition ends with closing material in the new key. The second section, known as the development, is a dramatic working out of the material from the exposition. The music goes through inventive tonal and rhythmic compositional treatment, then finds its way to a prolonged dominant. This resolves into the last section, known as the recapitulation, in which the thematic material from the exposition recurs more or less in the home key, concluding with a punctuating coda.

Last year, at the Oregon Shakespeare Festival, I had the great privilege of experiencing Mary Zimmerman’s stunning stage depiction of Homer’s Odyssey—the ultimate example of the narrative known as the hero’s journey. Three and a half hours passed in a flash, and the audience was visibly moved by the experience. We relate to these epic quests—they are an inherent human evolution archetype—and their artistic representation in dizzying variety (we see countless examples in theater, opera, movies…) affect us deeply when beautifully done.

In an imaginative musicological presentation given some fifteen years ago, my colleague and duo-piano collaborator Dr. Lisa Harrington (University of Colorado) explained the power of sonata form in its exemplification of the hero’s journey. The exposition represents the travel of the hero away from home and family. The unfolding of subjects shows the hero’s circumstances (first theme) and voyage and separation (second theme in new key), with the threshold of adventure reached by the end of the exposition. The working-out in the development depicts the hero’s expeditions through strange lands, with the heightened metamorphosis of musical material corresponding to the drama of the hero’s encounters and challenges. The coiling tension of the extended dominant (fifth tone) at the end of the development represents the climactic battle against otherworldly characters or deadly forces. At last, the restatement of the main theme in the home key* (launching the recapitulation) celebrates the hero’s victory! The remainder of the movement illustrates the hero’s return passage and restoration of balance between good and evil (not always easy, as the Odyssey shows). The music tells a narrative in sound of a transformative voyage. (Discussion of the other sonata movements is beyond the scope of this little essay.)

While onstage, the solo performer is the hero, the community’s representative who willingly undergoes a transformative journey with our (the audience’s) real-time participation. In those truly memorable concerts people talk about for years, the performer’s transformation is so heightened that it fully catalyzes our own transfiguration. We are forever changed, and in turn we now affect the world around us differently. This is the key reason why live performance has always been an inseparable part of the human cultural experience—and always will be. The “technological machine” may constantly push on-demand media experiences with ever-increasing ease, convenience, and vividness, but nothing will ever replace the thrill and edification of live performance. This Sunday, Vadym Kholodenko will simultaneously create, traverse, and guide us on three sonata journeys within his “uber performance journey.” Because he is an incredible musician, we will leave LaSells as completely new people. We never want to miss these opportunities.

*In her presentation, Harrington humorously (and aptly) distilled the key-relation journey of sonata form as the musical riff: “Shave and a haircut, two bits.”