through performance, outreach, and education we broaden the appreciation and celebration of piano music in our community.

We sponsor community activities such as:

Rachelle McCabe, pianist and professor of music at Oregon State University, has performed as soloist and chamber musician across North America, Asia, and Europe. She has held residencies as artist-teacher in Beijing, Hong Kong, Victoria, Kuala Lumpur, and Singapore.

A passionate ambassador for the piano, Rachelle is the Artistic Director of Corvallis-OSU Piano International. She also directs the Oregon State University Chamber Music Workshop and Summer Piano Institute.

Believing in the power of arts to bring about change, Rachelle has created innovative programs with writer/philosopher Kathleen Dean Moore addressing climate change and extinction. The duo has performed in many cities across the USA, Canada, and UK.

Rachelle holds a doctorate from The University of Michigan and a master’s from The Juilliard School. 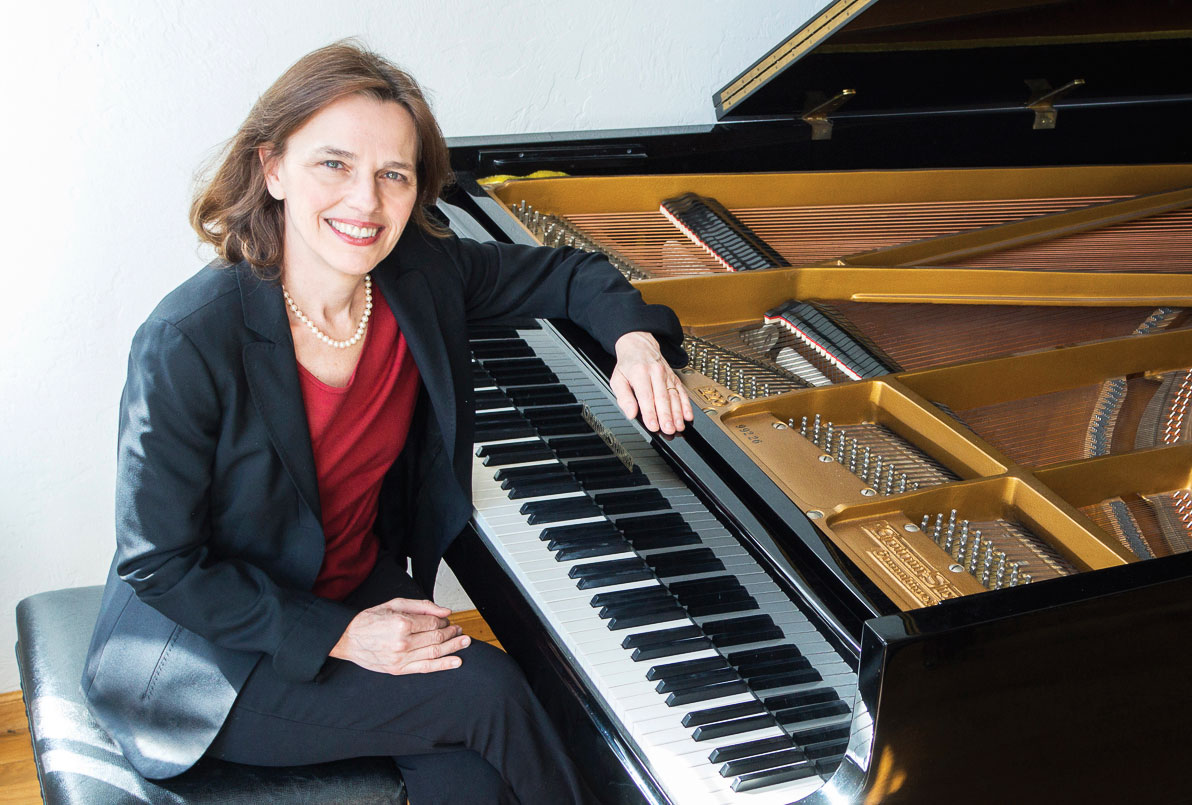 The new piano was purchased with the raised funds and money received by the trade-in of OSU’s Boesendorfer piano. An endowment fund for continued maintenance of the new Steinway was established.

On September 17, 2006, a donor dedication of the piano was held featuring a recital by pianists Rachelle McCabe, Shirley Byrne, Rebecca Jeffers, and Angela Carlson.

On September 24, 2006 a free Dedication Concert, featuring Craig Sheppard, launched the Steinway Piano Series for 2006-2007 with partial support from Steinway.

During the summer a committee led by John Byrne decided to continue with the Steinway Piano Series as a financially self-supporting program.

In September, the organization Corvallis-OSU Piano International was officially formed.

The Steinway Piano Series continued for the 2009-2010 season under the direction of Corvallis-OSU Piano International.

The IRS approved our official status as a 501(c)(3) organization.

In February, the first lecture/concert was held featuring Paul Roberts.

In October, the first children’s program was held at the Corvallis Public Library featuring Jacques Després. This was co-sponsored by the library and Friends of the Library.

Corvallis-OSU Piano International joined with the Corvallis-Benton County Public Library, the Linn-Benton Chapter of the Oregon Music Teachers Association and OSU Piano Activities Fund to present three days of children’s programs, concerts and lectures called Keyboard Kaleidoscope, April 10-11, 2014, and Steinway Day, April 12, 2014. The feature presentation of Steinway Day was a lecture on “The Making of a Steinway” by Susan Kenagy of Steinway & Sons, New York.

The first of several Spanish Language Concerts featuring the music of Latin America and Spain was held. Commentary was in Spanish and activities for families – many of whom wore their native dress – was held before the concert in the lobby, creating a festival atmosphere.

Another first was a live, outdoor event held at Lumos Wine Company in Philomath. Lumos provided the wine and attendees brought their own chairs and food and sat socially distanced on the lawn. Pianists Rachelle McCabe, Matt Goodrich, and Michael Gu performed a wonderful program on a grand piano on the outdoor stage.