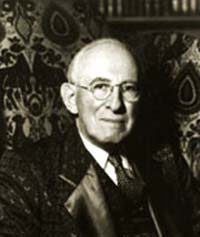 The pianist Gilles Vonsattel, who opens our season on November 8, is no exception. He won first prize at the 2002 Naumburg Competition. We thought we’d tell you a little bit about that particular competition.

Walter Naumburg was a New York banker, philanthropist, and accomplished amateur cellist who was dismayed by the difficulties talented young musicians encountered at the beginning of their careers. Music critics’ reviews were essential, and getting those reviews often meant raising money from friends and family in order to a rent a hall and mount a recital that hopefully would ignite a successful career. Mr. Naumburg decided to help musicians with these debut recitals, and in 1926 he established the Walter W. Naumburg Foundation to sponsor Town Hall recitals. Soloists were selected at an annual audition.

In the beginning, awards went only to pianists and string players. In later years, singers and other instrumentalists were added to the competition, as well as a category for chamber groups. In 1946, the composers Aaron Copland and William Schumann joined the board of directors of the Naumburg Foundation and soon after an award to record major American works was established to recognize composers.

According to the Naumburg web site, “in 1961 the traditional ‘Naumburg auditions’ were replaced by a much more elaborate competition, designed to attract the finest potential talent; rather than offering a small push to several young musicians, the Foundation would give a very big push to just one. Now the winner would receive a substantial cash prize for use in furthering a career, a 2-year contract with professional management, a solo recording, and an appearance with the New York Philharmonic on a Naumburg-sponsored concert…”

The Naumburg Competition continued to evolve in response to changing times, and now gives awards in three categories – piano, strings, and voice – on a tri-annual basis. The next competition will be for cello on October 13-18, 2015. First prize is $15,000, two New York recitals, and a commissioned work.