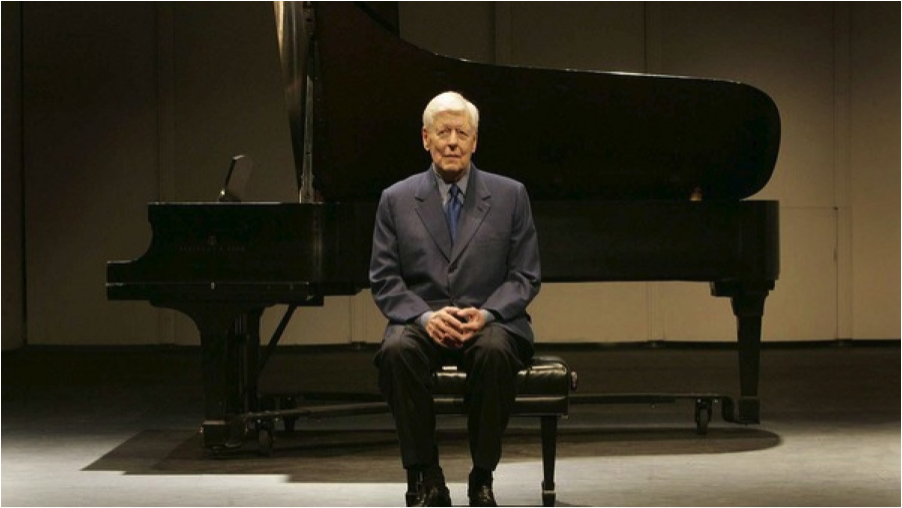 “[Everyone] knew he had an utterly spectacular technique on the Horowitz-Bolet stratospheric level, that he was a serious musician who was all but unapproachable in certain aspects of the literature, especially Liszt…[whom] he was playing long before it again became fashionable to do so.”

In his wonderful book, Harold Schonberg wrote these words about the incredible virtuoso pianist Earl Wild (1915-2010). When a Corvallis-OSU Piano International board member graciously invited me to contribute some words about great pianists, I immediately thought of Wild, for a few reasons. First, he has been a favorite pianist of mine for almost fifty years. Second, he exemplified my delight at finding connections among our Steinway Series artists and other pianists. In this vein, I had a wonderful opportunity to chat with recent guest artist Yeol Eum Son after her stunning performance while driving her to Portland Airport for her flight to Europe. Ms. Son’s admiration for Wild was palpable and not surprising, and we chatted about his transcriptions for a good portion of the trip. Wild is renowned not only for his performances but also for his exquisite transcriptions, especially of works by Gershwin and Rachmaninoff.

There is not nearly enough room to summarize Wild’s skill and musicianship as a performer and arranger, so instead I offer a couple of interesting connections. In his interviews with Wild (linked below), David Dubal asked which pianists were most influential to him. Wild offered Horowitz, Rachmaninoff, and Petri. “Who?!” I shouted at the computer, and here is where some fun began. Jumping down the rabbit hole of hearing and reading about Egon Petri (1881-1962), I discovered that his early teachers had included Paderewski and Busoni. It gets better. Among Petri’s students were Wild and John Ogdon, who shared the gold medal with Vladimir Ashkenazy at the 1962 International Tchaikovsky Competition. And I’ll end with this tidbit: Earlier in his career, Petri was also the teacher of comedian pianist Victor Borge.

To learn more about Wild and hear him in action, check out the links here, here, and here.

Michael Coolen’s love affair with the piano began at age 15 when he taught himself “Maria” to win the heart of a girl named Maria. He was on the OSU Music Department faculty for more than 30 years, offering a variety of courses such as music from other cultures, musical theater, music and mathematics, and digital recording and editing.