from the United States
Play Video

Notes by the Performer:

Instrumental music, without text – what can it “mean”? As Charles Ives said, “Can a tune literally represent a stonewall with vines on it …? …. A theme that the composer sets up as ‘moral goodness’ may sound like ‘high vitality,’ to his friend and but like an outburst of ‘nervous weakness’ or only a ‘stagnant pool’ to those not even his enemies.”  Or, as Christian Wolff quotes Julius Eastman, “An E-flat is just an E-flat.”  Nonetheless, there lies lurking in the penumbra of a work intention, history, reference, subtext  –  The outline traced by this program winds from a “late afternoon in Memphis” with a foreboding hint of  the violence to come, through the riots initiated over 100 years earlier by pro-slavery forces, to an intimate, personal confession of an acknowledged racist history.  Finally, a protest against the dark forces of oppression, with or without racial foundations, which always lurk behind unchecked authority.

” ‘We work in the dark – we do what we can.’  Some poet that never met Werner Erhard said that, but so what?”

Memphis: Here is a depiction of a lovely late afternoon where a crowd is gathering, waiting to hear Dr. Martin Luther King Jr. One could imagine the presence of Al Green and if looking or listening carefully, we might also depict savage undercurrents of men getting ready to assassinate this majestic man.

Many people are surprised and intrigued to hear that Ran does his composing in his dreams.  This classic Blake piece is based on a dream where Jean-Paul Plumez is assigned as a photojournalist to cover Dr. Martin Luther King’s appearance in Memphis, coincidentally, the same day of King’s Assassination. “In this version, it’s more the afternoon before the event, where there’s a foretelling of danger, but there’s still some joy and enthusiasm.”

Study No. 9: The Anti-Abolitionist Riots in the 1830’s and 1840’s is the best-known composition of the set. The piece is a description of a real event, the Boston anti-abolitionist riots, and also an homage to Ives’s grandfather, George White Ives. Though remembered as an abolitionist, George W. was also a businessman who made important contributions to his home city of Danbury in the mid-1800s. One can hear gun-pops, the rumble of steel wheels, and the “fate motif” of Beethoven’s Fifth Symphony.

During my residency at the Gettysburg National Military Park in 2019, I experienced one of the most life-affirming, emotionally painful yet beautiful moments I have ever endured as a Black man. It occurred at a church, scarcely populated, seemingly on the brink of closing, despite its historical importance. Towards the end of the service, a white man confessed to being a racist in his childhood, growing up and realizing his moral depravity, and seeking forgiveness. He asked myself and the other Black parishioners for forgiveness and acceptance. We all wept and hugged him. Apology is a musical reflection upon that moment, both technical and psychological. It is a sonic diary entry, not meant to capture details, but more to encapsulate the most important little and big aspects of that experience. Apology was composed with love for Stephen Drury.

From my Day 1 walk, I noted that I wanted to go to church at St. Paul’s AME Zion. Unfortunately, I got out the house a bit later than desired, and anticipated not arriving early or on-time, as I wanted. But, thinking “this is a Black church”, I figured there would be others arriving at about the same time I got there.

As I approached, I noticed a family of 4 walking in front of the church and thought, “Yay, I won’t be too far behind them!” But the family continued to walk past, not entering. “Strange”, I thought. Stranger still was the lack of cars around the building and the silence as I approached. On Sundays, one can almost always hear the Amens or an organ or a choir from the outside of a service. I checked to see if it indeed was Sunday, then cautiously entered, expecting … well … I don’t know, TBH.

What I found was a 4-person congregation (including an older white man) and a pastor playing music from an old laptop. I sat in the back, knowing that my presence was definitely felt. As the service progressed, the next hymn was “Blessed Assurance”, which was played (piano accompaniment, much too fast) from the laptop (connected to decent speakers). I sang, and was definitely the loudest because the key was a bit too high for my voice. This just solidified my presence even more.

The service had two moments of musical selections/presentation. Both were recordings played on the audio system. I felt so uncomfortable during these moments, and I almost got up and played the piano in the corner, but I exercised restraint.

The pastor then stated, “We have a visitor today” (surprise, surprise!). I stood, explained myself, and the eyes of the pastor widened! He suggested I play for the service while I’m here, and I responded “I would love to.”

The most awkward, pathetic moment of my church experiences in life happened next. After the canned music selection came a sermon that reeked of desperation. It was a sermon more for him than the congregation. Towards the end, he talked of how God gives us “gifts”, and often it is very difficult to live your life pursuing these gifts. He then said, “If you want to know how hard it is, ask me.” He went on to say that he felt like giving up often, but every time he tried to “leave” (he said “leave”), God made him stay. So he essentially admitted to his congregation that he wanted and may still want to abandon them. #Whoa

After such a low, I was feeling uneasy. But the most incredible thing happened next. The pastor called for intercessory prayer. We all went to the altar, kneeled, prayed, and received a prayer from the pastor. Afterwards, we were all still at the altar, and the white man said, “I have a confession to make. I haven’t told anyonehere this before but …

I was … oddly numb. He continued to explain how he grew up in AZ, and there weren’t Black people around. The “Spanish” people and the “Indians” that were around were treated badly, and he heard racial slurs, but he said and did nothing. Tears started to well inside me. He proceeded to say that as he grew and realized how disgusting racism is, he felt ashamed. He was honored that St. Paul’s welcomed him, and he asked for forgiveness, and to one day be considered a brother.

By the time he finished, we were all practically in tears. The pastor and the congregation hugged and embraced him. And I was the last one to give him a significant hug. I also said, “I definitely consider you to be a brother.”

Hay Una Mujer Desaparecida: Holly Near’s song is on her album “Imagine My Surprise.” It is a lament, commemoration and protest for the women who “disappeared,” imprisoned and killed by the junta in Chile. The music is a reflection on the song.

Holly Near’s performance can be heard at

Well-known as a champion of twentieth-century music, Stephen Drury’s repertoire extends from Bach, Schubert, and Liszt to the complete piano sonatas of Charles Ives and music by John Cage, Elliott Carter, Frederic Rzewski, John Zorn, Morton Feldman, Gyorgy Ligeti, and Luciano Berio.  He has performed throughout the United States, Latin America, Europe and Asia, taking the sound of dissonance into remote corners of Pakistan, Greenland and Montana.  He was a prize-winner in the Carnegie Hall/Rockefeller Foundation Competitions in American Music, and the United States Information Agency selected him twice for its Artistic Ambassador program.  Recipient of grants from the National Endowment for the Arts and Meet the Composer, Drury has commissioned new works from John Zorn, John Cage, Terry Riley, Lee Hyla and Chinary Ung.  Stephen Drury teaches at the New England Conservatory of Music.  He has recorded for Mode, Tzadik, Avant, New Albion, Catalyst, MusicMasters and Neuma.

More information about Stephen Drury may be found at  www.StephenDrury.com

This program was recorded in Boston, at the New England Conservatory of Music. 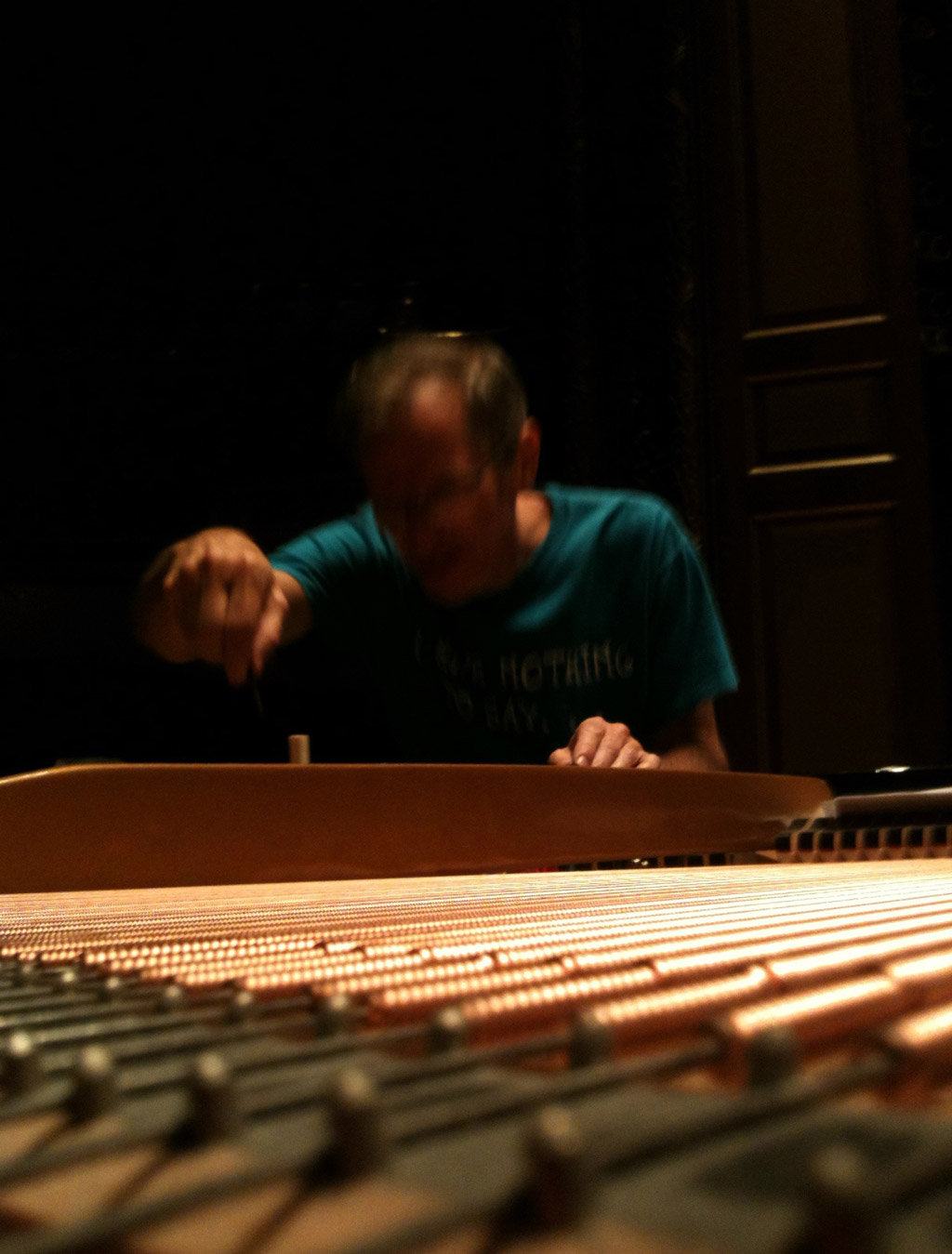 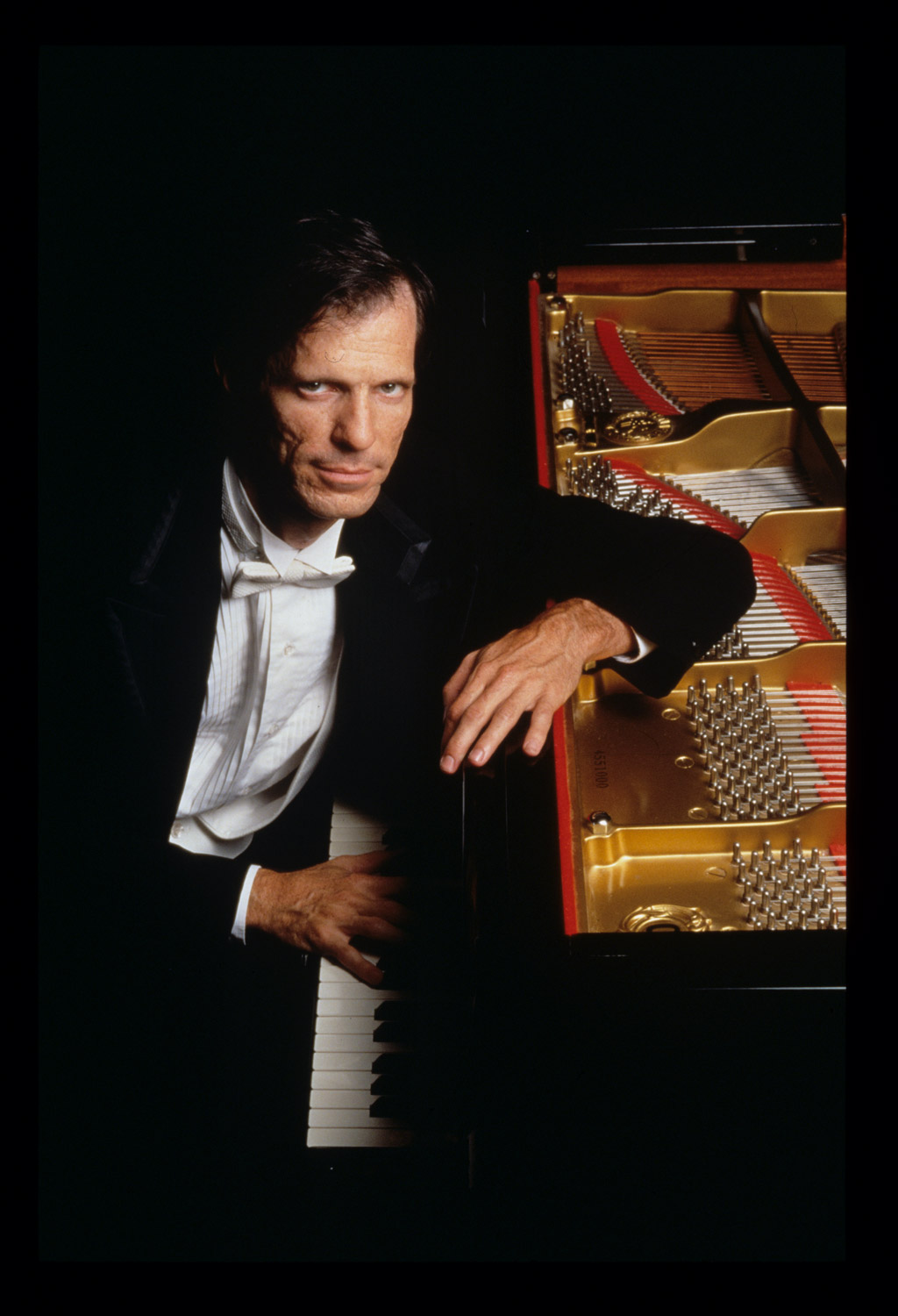 "“Drury is a true original whose supremely disciplined fingers are at the service of a rigorous, questing, imaginative mind. It is unlikely that the season will hold a piano event more astonishing than Drury’s performance…”"