Vadym Kholodenko is fast building a reputation as one of the most musically dynamic and technically gifted young pianists, praised in his performance with the Philadelphia Orchestra “for his absorbing melodic shading [and] glittering passage work” (Philadelphia Enquirer). Winner of the 2013 Cliburn Competition, Kholodenko captivated audiences and critics alike with the Fort Worth Symphony Orchestra immediately appointing him their first Artist in Partnership for a period of three years. His latest solo disc on Harmonia Mundi, works by Scriabin won a prestigious Diapason d’Or de l’année. Previous awards include First Prizes at both the Schubert Piano Competition, Dortmund (2011) and Sendai Piano Competition (2010).

Kholodenko has collaborated with distinguished conductors including Leonard Slatkin, Vladimir Fedoseyev, Kirill Karabits, Miguel Harth-Bedoya, Paul Daniel, Pinchas Zukerman, Yuri Bashmet, Vladimir Spivakov, Ion Marin and Kazuki Yamada. In 2013 he held a residency at the Mariinsky Concert Hall where Valery Gergiev named him Artist of the Month and recently requested him for concerto performances and recordings in Paris, Luxembourg and St Petersburg.

Vadym Kholodenko was born in Kiev, Ukraine from Israeli heritage and gave his first concerts at the age of 13 in the USA, China, Hungary and Croatia. He studied at the Moscow State Conservatoire under renowned teacher, Professor Vera Gornostaeva. 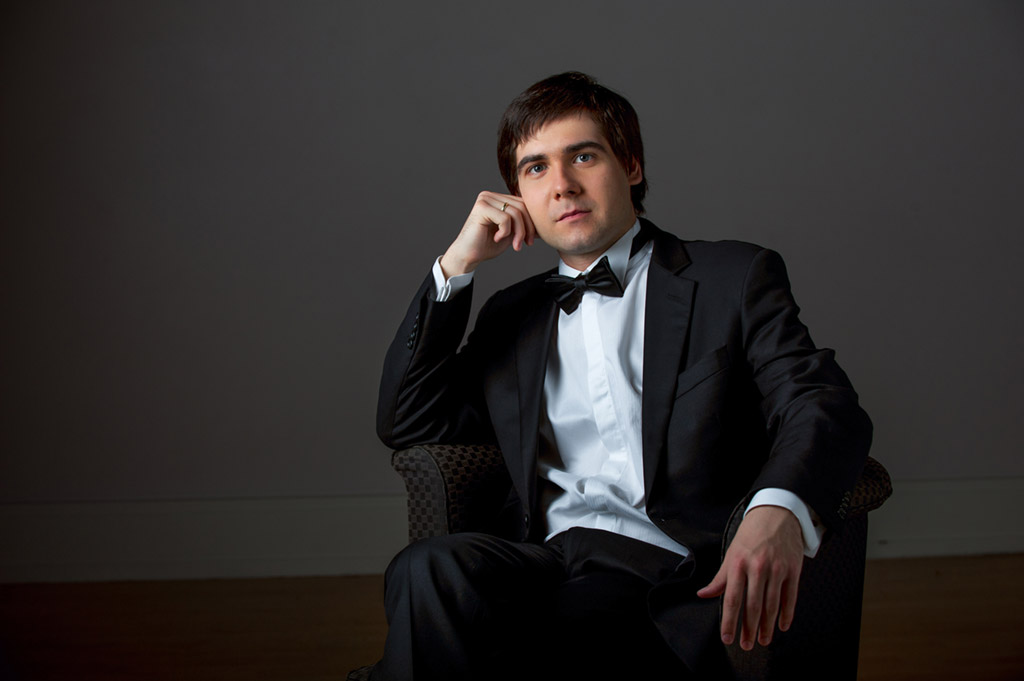 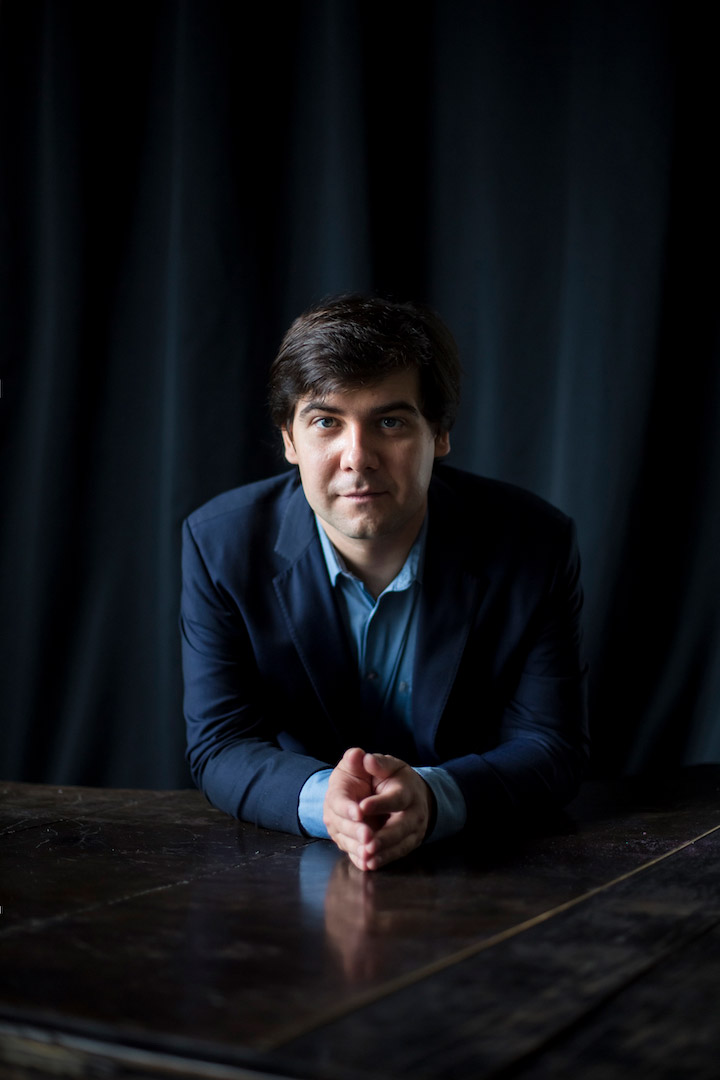 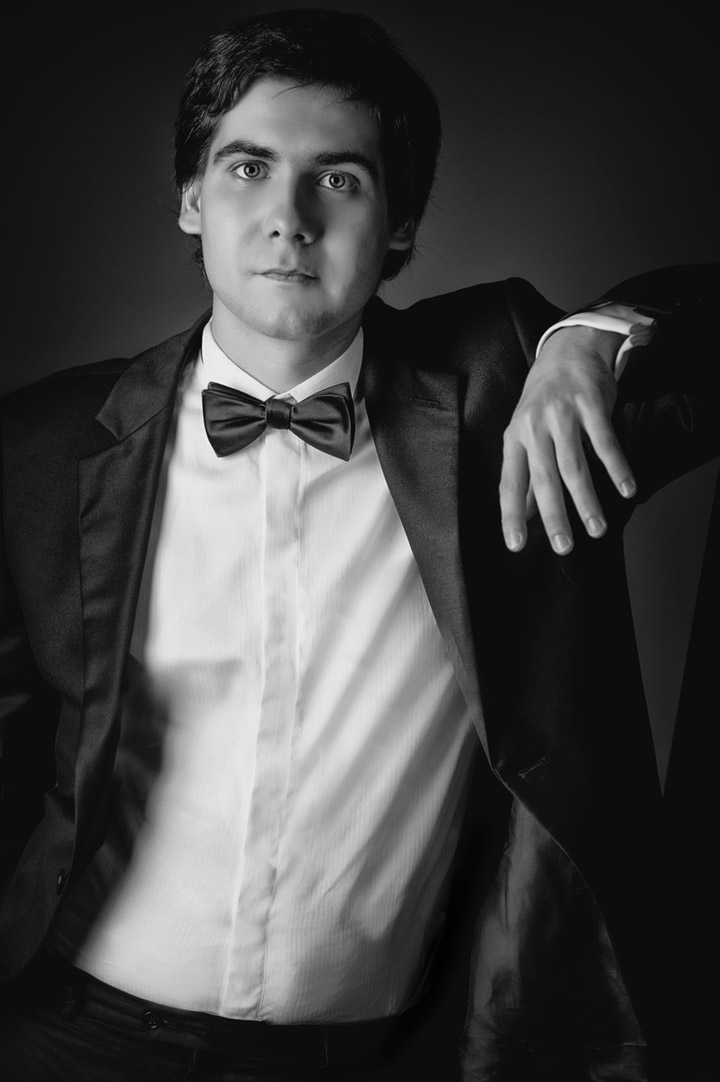 "Vadym Kholodenko, all fire and flame, launched himself with verve, passion and energy into this great musical jousting match…he breathed life into the score, with a huge variety of mood, color, harmony and rhythm."

Sergei Prokofiev (1891-1953) was born in the Ukraine and graduated from St. Petersburg Conservatory in 1909. He avoided military service by returning to the conservatory as a post-graduate to study organ. During his years at the conservatory he created a new form of athletic pianism. “The piano,” Prokofiev insisted, “was a percussion instrument and had to be played percussively.” (Schonberg) The Russian Revolution compelled Prokofiev to leave Russia in 1918, traveling first to Japan, then to the United States. Moving abroad came with its own set of difficulties, including many financial challenges. Prokofiev did not like America and the feeling was mutual, which became painfully apparent after the response to his opera The Love for Three Oranges  which premiered in Chicago. One critic wrote that the production costs equaled “$43,000 per orange,” and another that “the work is intended, one learns, to poke fun. As far as I am able to discern, it pokes fun chiefly at those who paid money for it.” (Herbert Peyser) Understandably, he eventually moved on, this time to Paris. Within seven years after leaving Russia, Prokofiev was courted by the Stalinist regime to return with promises of performances, publications, and royalties. Prokofiev traveled back and forth between Paris and Russia for a number of years, then returned to Russia permanently in 1936, accompanied by his wife and two sons. Prokofiev knew the grim situation in Russia but he was convinced by the official promises. After the war, the Politburo took exception to Prokofiev’s music, calling it  “muddled, nerve-racking” sounds that “turned music into cacophony.”

Prokofiev wrote Four Pieces, Opus 32 in 1918 in New York. Having just arrived, he had to support himself in a new country where he was unknown. His financial distress triggered these pieces. He wrote:  “Today I jotted down some ideas for a set of dances….In the end, the music will be quite good, but the Waltz is sugary-sweet and boring. If I did not need the money I would not be writing any of this rubbish.” However, the professional frustrations of a young man of 27 have not diminished the musical world’s opinion of these dances. They are programmed often in recitals and competitions and they serve a pedagogical role between Prokofiev’s simple pieces and his virtuosic repertoire. Technical challenges are present throughout the set. Prokofiev claimed not to have a favorite among the four dances, but the only one he recorded was the Gavotte. The Danza is dissonant and playful; the Minuet cheerful and light-hearted, the Gavotte whimsical and quirky, while the Waltz is interesting, but it’s not going to make you want to get up and dance! It is the most difficult technically.

Franz Schubert (1797-1828) was born in Vienna, the twelfth of fourteen children, and was educated at the Imperial and Royal Seminary. As a soprano in the choir, he did well in his studies and received high praise from his teachers. His first teacher, Michael Holzer, said that whenever he wanted to teach the child something fresh, “he knew it already” (New York Times, Jan 20, 1884). By the time he was 11, Schubert had already composed numerous works, and he told one friend, “I have come into the world for no purpose but to compose.” Because he died so young, Schubert’s entire career covered only 20 years. (He got an early start, of course). He wrote a staggering amount of music:  operas, symphonies, overtures, masses, 600 songs; string quartets, quintets, and an octet; 20 piano sonatas; and around 50 choral works. In 1815 alone Schubert composed over 20,000 measures of music (no, I didn’t personally count them, although I can confess to counting the number of notes in a Beethoven sonata once). There are very few personal letters from Schubert and no extensive diary to give us direct insights into his thoughts, but obviously he didn’t have time!  As an adult, his friends loved him and took care of him, calling him various nicknames, such as, Tubby and Little Mushroom (he was only 5’1”). He was a kindly person who was well-loved throughout his life. For us, his music provides the best window into the man.

The Sonata in E-flat Major, D. 568, is lyrical, lovely and inviting. Whereas Prokofiev wrote FOR the piano specifically, Schubert’s sonatas do not exploit the nature of the instrument in the same way. The lyrical musical messages are always in the forefront. Schubert once told his father that listeners had told him that “the keys became singing voices under my hands, which, if true, pleases me greatly, since I cannot endure the accursed chopping which even distinguished pianoforte players indulge in and which delights neither the ear nor the mind.” This sonata exhibits Schubert’s use of lighthearted, sunny characters interspersed with occasional darker moments. Schubert often used major and minor keys to highlight such contrasts — light and shade, if you will. Three of the movements are in lilting triple meters with the exception of the Andante molto. The opening Allegro moderato has a cheerful quality that gets momentarily interrupted by a stormy section; the Andante molto exhibits some surprising dissonances and outbursts; the Menuetto is lyrical with reminiscences back to the first movement; and the final Allegro moderato again displays the shifts between light and dark.

Schubert did not live long enough to see these pieces published. Forty years after his death, Johannes Brahms edited and published them in 1868. Scholars are not certain if Schubert intended them to be performed as a set, but some research indicates that they were to be in a group of four impromptus. They provide a very different view of  Schubert than the sonata we have already heard. Here are strong contrasts of tumult and peace, but the pervasive sunny optimism of the more youthful 20 year old has been woven into a more complex tapestry. Emotional maturity permeates this late writing.  “Drei Klavierstücke express in microcosm so much of Schubert’s unique soundworld and musical personality – daring and unusual harmonies, beautiful songful melodies, and episodes of profound poignancy or intimacy. Throughout these three pieces, we hear the extraordinarily broad scope of his creativity and emotional landscape” (Frances Wilson). No. 1 in e-flat minor is a dark and turbulent piece, a bit hurried and breathless.  No 2 in E-flat Major exhibits harmonic shifts between major and minor, with powerful dramatic depth. The tempo is slower than the surrounding movements. No. 3 in C Major includes syncopations and accents which drive the music forward to an exciting conclusion.

This is the most frequently performed sonata of the nine that Prokofiev composed. Written in 1942, it is one of the three “War Sonatas.” The percussive nature of the piano is predominant. The piece was premiered by Sviatoslav Richter in Moscow in 1943. A remarkable pianist, Richter had only four days to learn and memorize the sonata.  Richter’s teacher from the Moscow Conservatory, Heinrich Neuhaus, allowed Richter to learn it on his piano (apparently Richter slept for a time under this same piano when he had nowhere else to live — doesn’t that make you like Neuhaus straightaway?) Depicting the horrors of war, the sonata is brutal and harsh, angular and disjointed. Richter wrote:  “With this work, we are brutally plunged into the anxiously threatening atmosphere of a world that has lost its balance. Chaos and uncertainty reign. We see murderous forces unleashed. But this does not mean that what we lived by before thereby ceases to exist. We continue to feel and to love. Now the full range of human emotions bursts forth. In the tremendous struggle that this involves, we find the strength to affirm the irrepressible life-force.” Allegro inquieto, as the words suggest, is nervous and unsettled, filled with chromaticism, leading to a tumultuous conclusion. Andante caloroso (warmly) is a lyrical and complex movement, very rich in its harmonic language. It becomes less comforting as it unfolds, but the lyricism returns to end the movement. Precipitato is a frightening, breathtaking toccata, a tornado which will touch down in our midst.