Conrad Tao has appeared worldwide as a pianist and composer and has been dubbed a musician of “probing intellect and open-hearted vision” by the New York Times, a “thoughtful and mature composer” by NPR, and “ferociously talented” by Time Out New York. Among his accolades and awards, Tao is a U.S. Presidential Scholar in the Arts, a YoungArts gold medal-winner in music, a Gilmore Young Artist, and an Avery Fisher Career Grant winner. 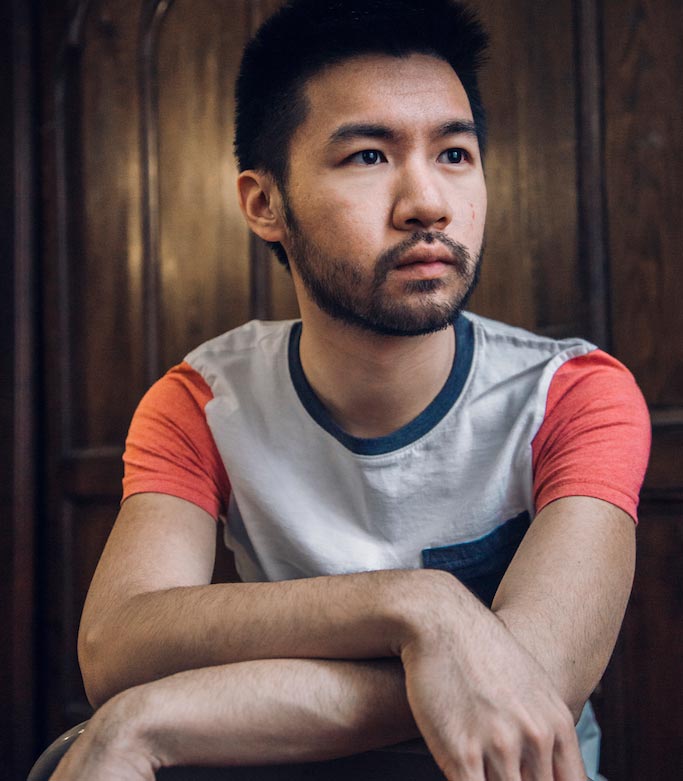 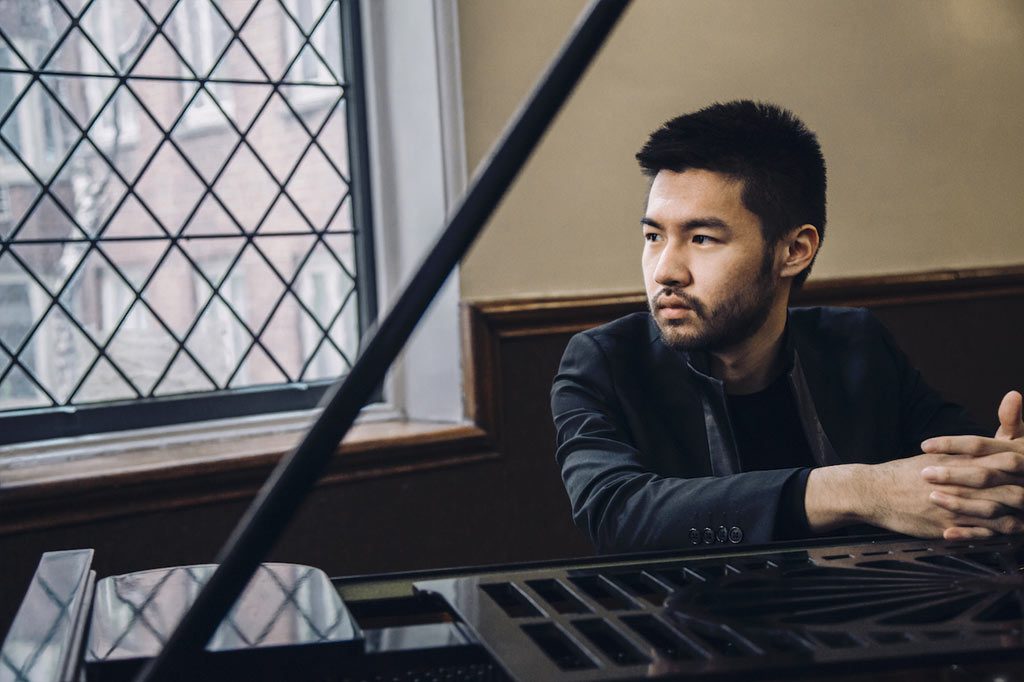 "Conrad is the kind of musician who is shaping the future of classical music."

David Lang has forged a unique and effectively uneasy, disquieting expression, with a meticulous intellectual and philosophical approach. His music, while rooted in the classical tradition, is infused with popular and avant-garde idioms, mechanistic sounds and rhythms, and a sense of “going someplace music doesn’t usually go.” Each of his memory pieces explores a musical or technical idea in tribute to a specific person. Lang explains, “These are pieces written in memory of friends who have died, not as heavy memorials or deep testimonials, but as an attempt to freeze some moment in my memory of my relationship with each of them.” cage is dedicated to American composer John Cage, who passed in 1992.

The Chromatic Fantasia and Fugue is one of Johann Sebastian Bach’s keyboard masterpieces, full of harmonic daring and deep emotional expression. The extravagant Fantasia, its contrasting sections comprising improvisatory flourishes, extensive arpeggiation, and an affecting instrumental recitative, produces a sense of inexorable drama. The Fugue’s ascending theme at first develops strictly, then breaks free into a rush of keys, accumulating intensity with chords, octaves, and fantasia gestures. The work is thought to have been written around 1720, likely inspired by the splendid harpsichord Bach acquired for the Cöthen court.

Over an extraordinarily long and storied career, Elliott Carter deployed a personal language of elaborate rhythmic, tonal, and structural complexity. Approaching his 100th birthday, he said, “I finally have done all my adventures and great big noisy pieces. Now I write simple ones.” The highly concentrated Two Thoughts about the Piano, “Intermittences” and “Caténaires,” written when the composer was 99, were composed for and premiered by Peter Serkin and Pierre-Laurent Aimard in 2006. Of “Intermittences,” whose title comes from Proust, Carter writes, “The many meanings silences can express in musical discourse challenged me to use some of them in ‘Intermittences’…a short work that also uses many different piano sounds to convey its expressive meanings.” With ”Caténaires,” he “became obsessed with the idea of a fast one-line piece with no chords. It became a continuous chain of notes using different spacings, accents, and colorings, to produce a wide variety of expression.”

Her own web site says it perfectly: “Julia Wolfe’s music is distinguished by an intense physicality and a relentless power that pushes performers to extremes and demands attention from the audience. She draws inspiration from folk, classical, and rock genres, bringing a modern sensibility to each while simultaneously tearing down the walls between them.” The brief and fascinating Earring, composed in 2000, presents a hammering, rhythmically irregular figure played at the top of the piano, creating a steely texture against which a gentle, dreamy melody is played in the middle of the keyboard. According to the composer, “The task is to maintain a clear sense of both worlds at the same time. For most of this short work the two hands coexist separately, taking little notice of each other as they transform.”

Pianist-composer extraordinaire Sergei Rachmaninoff created two sets of Études- Tableaux (“study pictures”), which in their pianistic and pictorial conception are much an expanded form of the Preludes we heard Yeol Eum Son perform this past spring. The composer’s peerless virtuosity as a performer led him to create complex textures flourishing with simultaneous musical lines and copious decorative filigree; the extraordinary mood of Étude-Tableau Op. 39 No. 2, at once serene and uneasy, at first seems to belie this. The Dies Irae chant, which Rachmaninoff used throughout Op. 39, can be heard in the hypnotic left hand beneath a lonely melody consisting almost entirely of two notes falling. After the middle section builds to impassioned outcries, the piece ends in an unearthly quietude. Some years later, in a letter to Ottorino Resphigi, who was commissioned to orchestrate a few of the etudes, Rachmaninoff revealed that this piece represented “the Sea and the Seagulls.”

Lang’s wed (from memory pieces) is dedicated to conceptual artist Kate Ericson. According to Lang, “Kate was a great artist who made most of her work in collaboration with her boyfriend Mel Ziegler. As she was dying of brain cancer, she and Mel were married in her hospital room. I tried to make a piece to make sense of that, so I designed a piece in which little changes in accidentals keep the music oscillating between major and minor, between restfulness and sudden dissonance. In this way I wanted to make something in which hope and despair were in some strange equilibrium with each other.”

The music of Jason Eckardt derives from his “interests in perceptual complexity, the physical and psychological dimensions of performance, political activism, and self-organizing processes in the natural world.” Echoes’ White Veil evokes American poet W.S. Merwin’s “Echoes,” which appears in the score: “Everything we hear is an echo. Anyone can see that echoes move forward and backward in time, in rings. But not everyone realizes that as a result silence becomes harder and harder for us to grasp—though in itself it is unchanged—because of the echoes pouring through us out of the past, unless we can learn to set them at rest….”

The piano works of Robert Schumann, with their unrivaled integration of the passionate, fantastic, and refined, are among the most exalted creations of Romanticism. With Kreisleriana, the literary-inclined Schumann conjures the bizarre, tempestuous Kapellmeister Johannes Kreisler from the tales of E.T.A. Hoffmann. The eight substantial pieces that make up the cycle showcase the composer’s musical and personal realms through a stunning range of colors and moods. One of Schumann’s finest compositions, the work was composed in mere days during a feverish burst of inspiration. To his beloved Clara Wieck, from whom he was kept apart, he wrote, “Play my Kreisleriana sometimes. You will find a wild, unbridled love there in places, together with your life and mine, and many of your glances.”