Since his debut release on Mack Avenue Records in 2013, pianist-composer Aaron Diehl has mystified listeners with his layered artistry. He reaches into expansion. At once temporal and ethereal — deliberate in touch and texture — his expression transforms the piano into an orchestral vessel in the spirit of beloved predecessors Ahmad Jamal, Erroll Garner, Art Tatum and Jelly Roll Morton.

Following three critically-acclaimed leader albums, the American Pianist Association’s 2011 Cole Porter fellow now focuses his attention on what it means to be authentic, to be present within himself. His most recent release on Mack Avenue, The Vagabond, reveals his breadth as who The New York Times calls “a composer worth watching.” Across nine original tracks and works by Philip Glass and Sergei Prokofiev, Aaron leans into imagination and exploration. His forthcoming solo record, poised for release in spring 2021, promises an expansion of that search in a setting at once unbound and intimate.

Born in Columbus, Ohio, a young Aaron flourished among family members supportive of his artistic inclinations. His grandfather, piano and trombone player Arthur Baskerville, inspired him to pursue music and nurtured his talent. In 2003, Aaron traveled to New York; following his success as a finalist in Jazz at Lincoln Center’s 2002 Essentially Ellington competition and a subsequent European tour with Wynton Marsalis, he began studying under mentors Kenny Barron, Eric Reed and Oxana Yablonskaya, earning his Bachelor of Music in Jazz Studies at the Juilliard School.

At age 17, Diehl was a finalist in Jazz at Lincoln Center’s Essentially Ellington competition, where he was noticed by Wynton Marsalis. Soon after, Diehl was invited to tour Europe with the Wynton Marsalis Septet (Marsalis has famously referred to him as “The Real Diehl.”) That Fall he would matriculate to the Juilliard School, studying with jazz pianists Kenny Barron and Eric Reed and classical pianist Oxana Yablonskaya. Diehl came to wider recognition in 2011 as winner of the American Pianists Association’s Cole Porter Fellowship, which included $50,000 in career development and a recording contract with the esteemed Mack Avenue Records.

When he’s not at the studio or on the road, he’s likely in the air. A licensed pilot, Aaron holds commercial single- and multi-engine certificates. 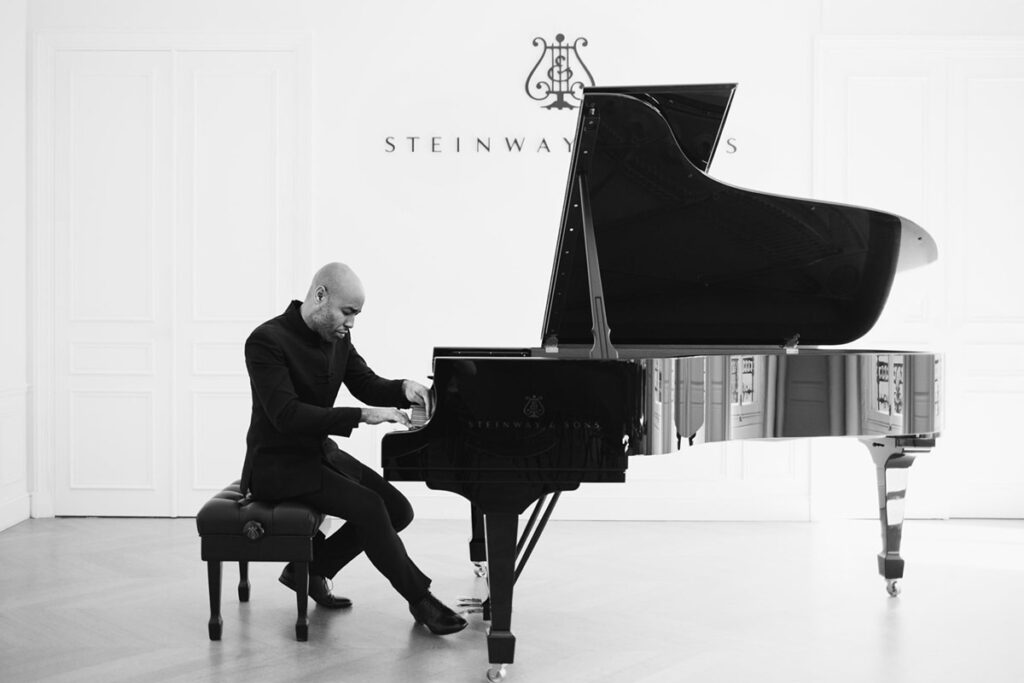 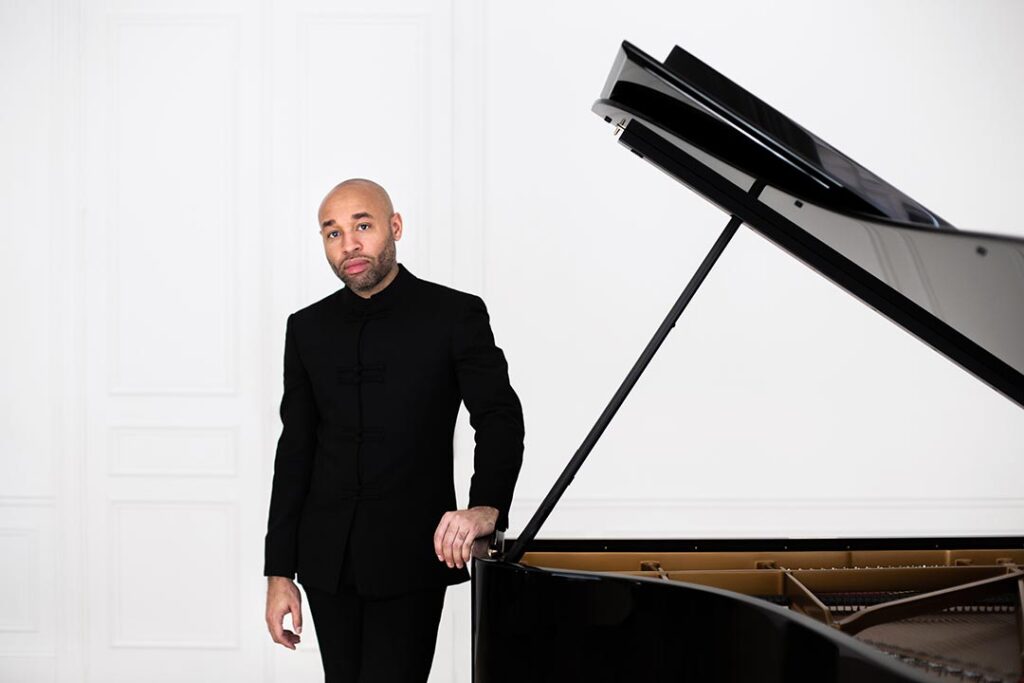 Take a glance at the works pianist Aaron Diehl has planned for his Corvallis concert – works by Roland Hanna, James P. Johnson, Fats Waller and Duke Ellington, among others – and you get the idea that Diehl plans an exploration of the huge role Black pianists played in the development of American jazz.

And that certainly is part of the picture Diehl plans to paint when he performs at The LaSells Stewart Center at 7 p.m. on Saturday, April 2. (See the sidebar for ticket information and other details.)

But Diehl, a New York-based pianist who’s earned acclaim in jazz circles for his recordings and performances, also wants to broaden the picture. So his Corvallis program also reaches into unexpected corners for a jazz concert, with pieces by William Grant Still, considered the dean of African-American composers, and Nathaniel Dett, a Black Canadian-American composer who drew on the 19th century Romantic tradition as well as African-American folk music and spirituals.

“One of the points I always try to make, in American music especially and with African-American composers, is that it’s really not a monolith,” Diehl said in a recent interview for Corvallis OSU Piano International, the sponsor of the April 2 concert.

Pieces by Still and Dett, which bookend the concert, help make Diehl’s point.

Still arguably is best-known for his symphonic works, most notably the Afro-American Symphony of 1930. For his Corvallis concert, though, Diehl is performing Still’s “Seven Traceries” from 1939, a work of seven “free-form, mystical, abstract pieces that are just great,” Diehl said. If you listen carefully, you might hear references to African-American folk vernacular, jazz or blues – but you’ll also hear elements of French tonalism as well, he said.

And Dett’s “Juba Dance,” which closes out the recital, is the final movement of “In the Bottoms,” a five-piece suite from 1914 inspired by African-American life in the river bottoms of the American South. “Juba Dance,” Diehl said, is “really sort of a prelude to ragtime,” but Dett also created music in the style of European Romantic composers that incorporated elements of spirituals.

Stride can be brutally difficult to play – one of Smith’s stride compositions is called “Finger Buster.” (Diehl is performing the somewhat more reflective Smith tune “Fading Star” in Corvallis.) But there’s one constant to even the more athletic stride pieces, he said: “With any of the syncopated music, the key first of all is always to swing. … (At) the very start, at the very foundation, it has to feel right. So that’s where the challenge really lies, I think.”

Diehl’s program also includes “Century Rag,” a piece by jazz pianist Roland Hanna that Hanna recorded in 1987 and a solo piano version of Duke Ellington’s “New World A-Comin’,” the rhapsody that Ellington originally wrote in 1945 for piano and band. (The title comes from a 1943 book of the same name by Black journalist and author Roi Ottley, who documented the lives of African Americans in Harlem during the 1920s and 30s and their hopes for a better future.)

All in all, Diehl said, it makes for “a pretty laid-back program,” and it’s one that draws on Diehl’s musical loves, from the young pianist who was enthralled by the “absolute brilliance” of Bach to the jazz pianists who caught his ear as a teenager – players like Art Tatum and Oscar Peterson. “They really knew how to play the piano,” Diehl said. “To me, that’s just fun, the challenge of it. It’s simply just a lot of fun.”

“There are so many different sources of influences that many of these composers drew from,” Diehl said. “It’s very easy from the marketing standpoint to put labels on genres and things like that, but it really is a melting pot when it comes to music, if you look under the hood.”